Danny was a loving, creative, compassionate, intelligent and athletic little boy who had no medical issues outside of experiencing occasional seizures while he slept. He was being treated with medicine and regular EEGs for his seizures, and we were assured by his doctor that Danny would outgrow his condition.

After two years of treatment — during which I slept with him every night — we were informed that he was out of the woods and could go back to sleeping in his own bed. He was thrilled to get back to his bunkbed where he slept right below his older brother, Johnny. That glorious news came on a Tuesday; the following Saturday, my wife, Mariann, found his lifeless body in that bottom bunk.

Danny had epilepsy, and he died from Sudden Unexpected Death in Epilepsy (SUDEP). While treating Danny, we were never informed of epilepsy or educated by any medical professional about SUDEP. After his death, I quickly recognized that the environment for people who are afflicted with seizures needed to change.

And so, with Mariann, I founded the Danny Did Foundation (DDF) in 2010. Our mission is to prevent deaths caused by seizures, and we accomplish this by advancing awareness of both epilepsy and SUDEP, and by helping to improve the communication model between medical professionals and families impacted by seizures.

“The name comes from the last line of Danny’s obituary: Please go and enjoy your life. Danny Did.”

We also advocate for the mainstream acceptance of seizure-alerting devices. Our signature program is providing funds to families for devices that can help in preventing seizure-related deaths. To date, we have assisted people in all 50 states and across nine countries. We view these devices as complimentary to medicinal, surgical and dietary measures that are used to treat seizures.

I remember the first summer after Danny died. The DDF was still a fledgling organization, and we had a kickball tournament — in honor of one of Danny’s favorite sports — at Edgebrook Park.

“That’s when I first previewed the incredible assistance that was to come from our local real estate community, as Edgebrook Baird and Warner’s Nicole Flores offered to purchase T-shirts for all 300 participants.”

From there, the Danny Did Foundation got rolling. The strength that I have received from the real estate community calls this to mind: In our business, we strive every day to provide comfort to people whose lives are moving on in one way or another. I treasure that I have been a lucky enough to be a recipient of that type of goodwill from my colleagues. 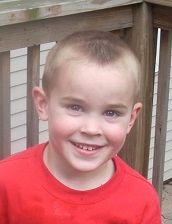 This article, written by REALTOR® Mike Stanton, first appeared in the May issue of Chicago Real Producers. This is an excerpt from that original article.