For Alexis Brinkley, launching a Real Producers magazine was as selfless an act as any.

She could see the writing on the wall for years: Her husband’s decade-long career as an engineer just didn’t make him happy anymore. And Alexis most certainly was not the “suck it up and bring home a paycheck” kind of partner.

So, in the fall of 2017, she encouraged him to make a change; not a small one, like waiting to secure a new job before putting in his two weeks’ notice to avoid any gap in employment. No, she wanted him to immediately start pursuing his dream of flying planes for a living – even though it would mean years of training on his part and would require her to become the family breadwinner.

Alexis knew such a change would be a huge investment of time and money, and didn’t shy away from the reality that she would need to work full time once again. After college and a five-year career in medical sales and marketing, she had worked as a high school biology teacher and even supplemented her income through real estate photography. But then came a little blue blanket...

When her adventure into motherhood began, Alexis said goodbye to teaching, opting to stay home with their son and do photography as a side hustle while her husband brought home a steady engineer’s paycheck. By the time they decided he should quit his job and start pilot training, their son was 3 and they had a second son less than a year old.

At this point in the story, fate stepped in. The Brinkleys – amidst the craziness of parenting two young boys and planning for a total shift in family income – were sent on a beach getaway as an anniversary gift. While vacationing, they struck up a conversation with a man who happened to be the brother of Tom Bramhall, a guy Alexis knew from high school, eighteen years ago. Like Alexis, Tom worked in the real estate industry in the Charlotte, North Carolina, area. In fact, he ran a magazine called Charlotte Real Producers.

After returning home, Alexis met with Tom at a coffee shop. Sure, he knew she was interested in learning more about Real Producers, but not in the way Alexis had in mind.

“Tom was doing the standard introduction [for potential advertisers], seeing me as a real estate photographer, and all the while I knew I wanted to be in his seat – in his position,” said Alexis. “So I asked where there were openings in the area.”

Among a few locations, Tom mentioned the Triad (the greater Winston-Salem, Greensboro, and High Point area just an hour away from Charlotte). It seemed like the best fit, so she decided to relocate her family, go to training, and ramp-up Triad Real Producers.

As excited as she was, Alexis admits she felt the pressure.

During ramp-up, I thought there is no room to fail. We left everything to make this happen so we can have a better quality of life, so my husband can be happier in his career. It wasn’t something I was actively looking for, but I was open and receptive enough to see there was an opportunity there. The winds of change blew in our direction.

With so much riding on her success, she managed to collect enough stories and partner with enough advertisers to print her first publication in less than four months. But the journey wasn’t easy, and she leaned on the Real Producers leadership team, including Launch Directors Remington Ramsey, Bobby Wright, and Mark Menezes, for support.

“Remington was very helpful. Every week we had a coaching call and I could text him throughout the week. Bobby Wright was also really there for me,” recalled Alexis, further sharing, “[One] day I pulled over on the side of the road and called Mark. I said, ‘I can’t make a sale; I don’t know what’s wrong with me!’ The very next day I generated my first sale – a really great one – so there was doubt there, and then my first sale alleviated that doubt.”

Like with any new business where income is made once a product or service is brought to market, Alexis knew it would take a few months to prepare her first issue for print and receive her first of many well-deserved commission checks. The Brinkleys were able to live off the equity earned from selling their home – but throwing money away on steep apartment rent just wasn’t their style. 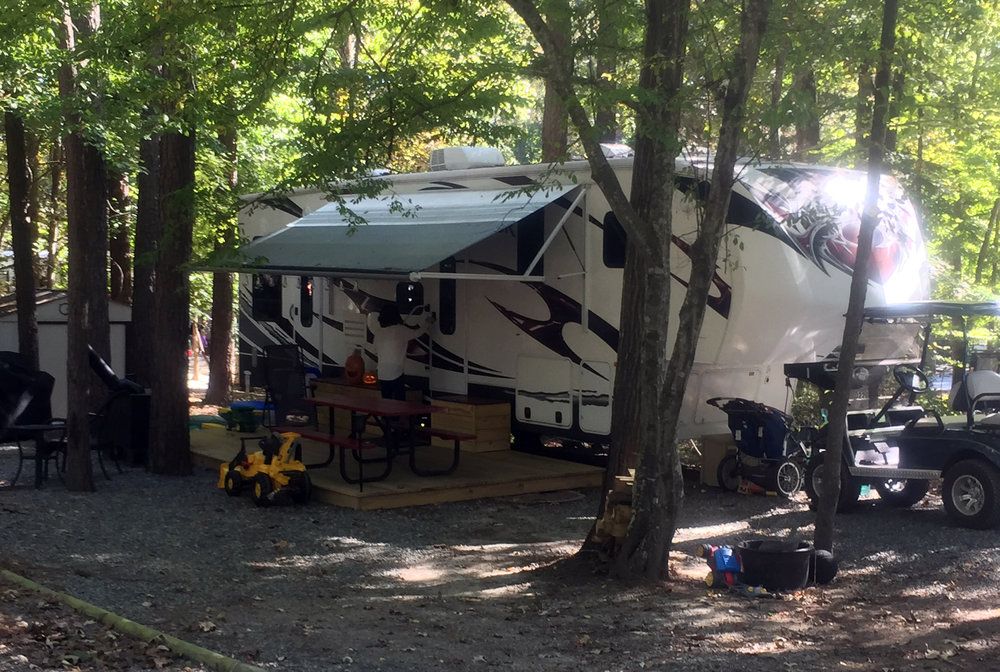 “My husband had a bright idea,” Alexis revealed. “When he was a kid, he and his family spent four years living in a camper. He said, ‘What if we just take the rest of the cash we have from selling our house and buy a camper to live in for a while?’”

They talked this idea over for a while – she admittedly wasn’t easy to convince – but Alexis ultimately gave in. So the Brinkleys moved once more; this time into a Toy Hauler camper, which the family of four would call home for nearly a year. And since she was a home-based Area Director, this small camper also served as her part-time office when she didn’t work from the local coffee shop. Overall, the “tiny house” experience was one she won’t soon forget.

“I’m not going to say I’d do it again, but there were some really great shining moments living in the camper,” she said. “The kids loved it. They didn’t suffer one ounce during any of this.”

You might say the monumental shift in her living environment was the most surprising aspect of Alexis’ journey to becoming an Area Director, but she’d beg to differ. Part of her new role is building relationships with local real estate agents and potentially featuring them in the magazine. At first, she didn’t think much of this particular task, but then came the rewards.

“My friendships with these real estate agents were way unexpected! I have friendships with many agents in the market who I even trust my own kids with,” Alexis explained. “Agents sometimes get a bad rap – some are very ambitious and prideful – but there are so many wonderful people in it for the right reason, and I so enjoy seeing these people at events and spending personal time with them.”

“My friendships with these real estate agents were way unexpected!”
— ALEXIS BRINKLEY

After more than a year in print, Triad Real Producers is connecting the local real estate community and enabling the Brinkleys to live a brand-new life – one of freedom and fulfillment.

“I have a lot of liberty as an Area Director, which can be your undoing or your greatest gift from God. Overall, this is the best role I could have,” said Alexis.

The family is moving out of the camper and into a house (complete with an over-the-garage space to be used as a proper home office), and Alexis’ husband is inching ever closer to becoming a commercial pilot. Moving forward, after a year and a half of highs and lows, she looks forward to achieving two things: peace and sustainability.

“I want a steadfast path that I can take my kids down and hopefully have a little less eventful of a future,” she said. “It’s not been easy and there’s been major sacrifices, but I know I’ve grown as a person, and my husband has, too.” 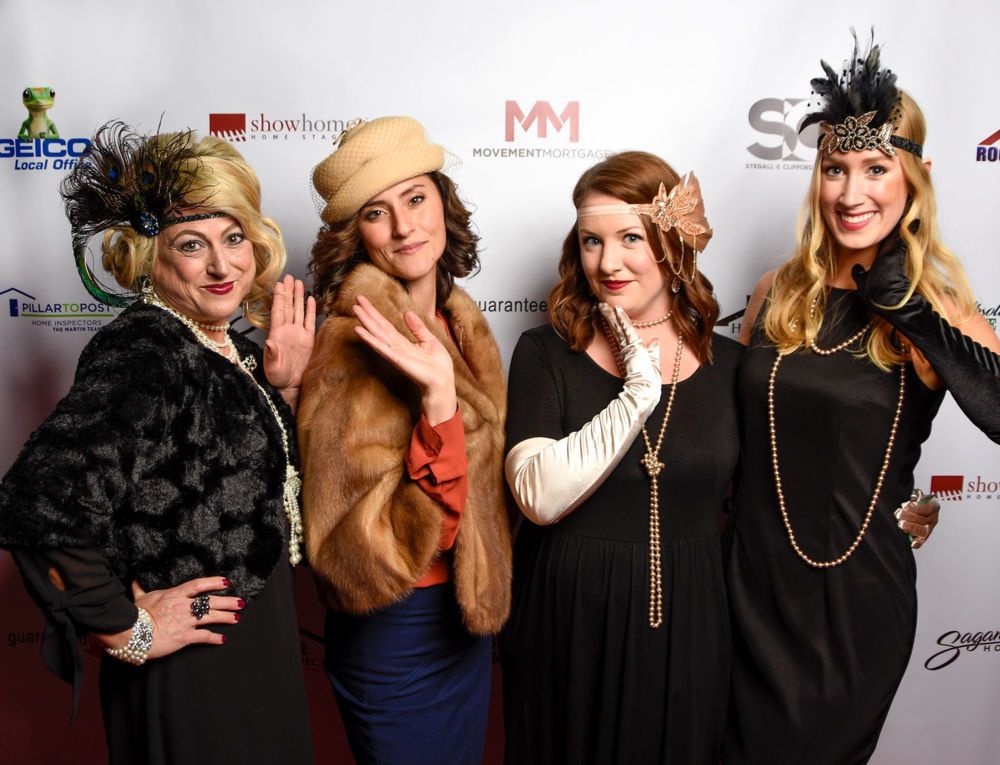 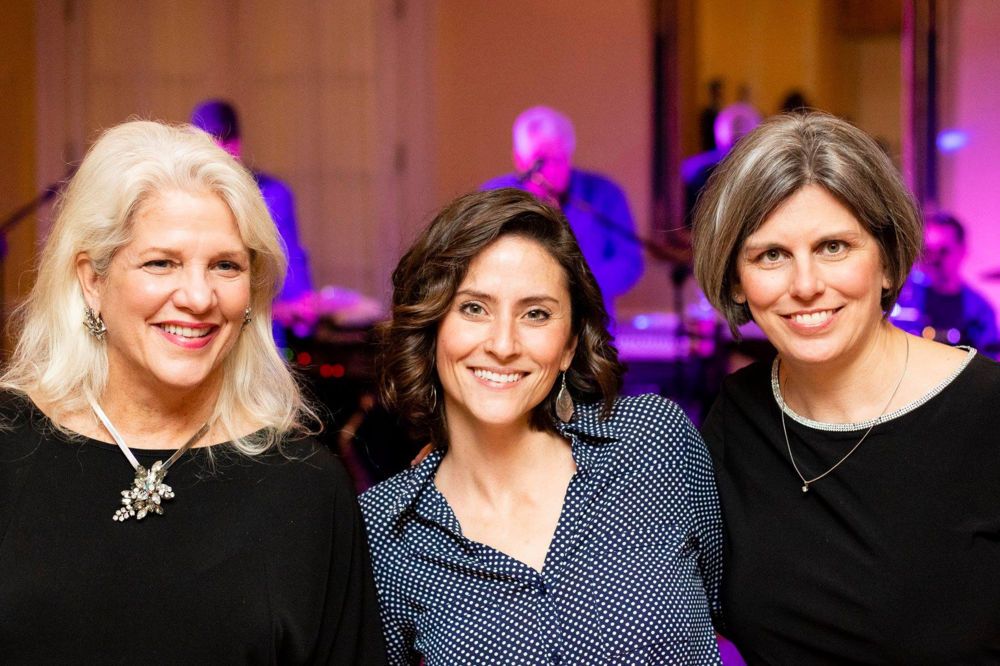 Life After Two Years In Print