Call it the Law of Proximity or call it plain old good business sense, but Nick Najjar understood from trusted colleagues what Real Producers was all about and decided to go all in. Today, Nick runs not one, but two successful RP magazines in the St. Louis area.

Nick’s sales career began as an intern for a large company before he even graduated college. “Successful in school” is an understatement for this overachiever – a common theme you’ll see throughout Nick’s life. By the time he earned his degree, he had amassed 1,400 customers – many from referrals – for his growing side hustle. He went on a few job interviews, but ultimately decided to make a career out of the large customer base he’d worked so hard to build.

At this company, Nick wasn’t just a salesperson. He was also a bit of an innovator, helping kick-start a new program that, still today, assists real estate agents with strategic closing gifts. His teammate at the time, Remington Ramsey, was equally passionate about this project, but wanted to take the idea of reaching the real estate community one step further.

“Remington had this idea for a local real estate magazine. He was already hosting some really cool events [for agents]. He would give away fish and turkeys and was holding March Madness events. I told him to let me know how [the magazine idea] goes,” remembered Nick.

“I had to convince myself it would work,” Nick recalled. “If my buddy Remington could do it, then I could too. He laid the foundation and I just kind of ran with it. I also know how hard it is for businesses to get in front of top real estate agents. It was a no-brainer for these companies – I could show them a great way to get in front of them with this publication.”

He ramped up his first magazine in St. Louis, Missouri, and was the fifth Area Director to run a Real Producers publication, launching in October 2016. Nick even managed to meet with 32 real estate agents before stepping foot into Real Producers training. During ramp-up (which immediately follows the extensive three-day training), Nick was hyper-focused on being as productive as possible, holding as many appointments as he could.

“I followed the program and really worked hard. I knew the industry well [and] having contacts helped me in terms of that kind of credibility. But Real Producers was still very much a new concept, so I had to build credibility in terms of the product [itself],” Nick said.

Fun fact: Nick holds the record for the fastest ramp-up in Real Producers history, meaning it took him the least amount of time to partner with enough advertising clients and gather enough content to have his first issue printed. And last March, he decided to ramp-up a second publication. And why wouldn’t he? After all, Nick knows the product really is meeting a need.

“Real estate agents work really hard and they struggle as entrepreneurs because it’s very competitive, so for us to put a spotlight on these agents and tell their story is really fun,” he said. “[It’s] a world-class product, a staple piece for top agents in our community and there’s no other local piece that informs and inspires like we do.”

As an Area Director (and, therefore, a business owner) with Real Producers, it’s completely up to you whether your business is a one-person show – with the abundant help and support of the company’s 200+ corporate team members, that is – or aided by a local team. From the beginning, Nick decided to get a good staff in place.

Nick’s advertising manager, Matt, has helped manage current clients and their monthly ads since day one. Dianne, Nick’s co-publisher, joined him full time in January 2018, and he recently brought on an account executive, Jamie, for sales support. In addition, Dianne has an assistant, Becky, who works with great writers and photographers. Each of his staffers plays a vital role in bringing his two magazines to life.

“My staff pulls everything together,” Nick said. “I run meetings with potential partners and I [attend] our events. That’s my role as it stands right now, and it’s really fun.”

As a business owner, it’s important to be mindful of what your personal “hourly rate” is, and what tasks make sense for you to tackle versus delegating to your staff. According to Nick, this division of responsibilities is how Area Directors with Real Producers can reach even bigger goals.

He explained, “Any successful business is always hiring and knows who their next hire is. At the end of the day, you need to make sure the bills are paid and you hit household income goals. But once those numbers are set, get real with yourself and ask, ‘Where do I want to be in five years and who do I need to hire to help get me to that level?’”

With a few familiar faces, like Remington’s, at Real Producers and at our parent company, N2 Publishing, Nick knew from the beginning he’d likely make his way over. He was just waiting for a product like Real Producers to really hook him in. And now that he’s here (and settled comfortably), he’s making the most of it.

“The income opportunity was huge. I had two kids when I launched, so there was no room for error,” he said. “I saw a lot of high earners here and I really grasped onto that recurring revenue model. I pretty much doubled my income within two years of doing this thing.”

Income aside, Nick says he was really intentional about putting his family first when he started his Real Producers business. For him, the ability to do so is what “making the most of the AD role” really means.

“I made sure I was hitting my sales goals and my numbers, but with that, also delegating and leveraging out staff so I didn’t have to work during an evening or weekend to hit deadlines,” Nick explained. “I love spending time with my family. And I’ve been very fortunate to put good staff in place from the very beginning.”

From the sounds of it, we wouldn’t want to miss his evenings or weekends either. The Najjars enjoy visiting the zoo and embracing the outdoors in the summer – valuable family time. Nick and his wife, Sarah, have been married for eight years. They have a 5-year-old daughter, Vera; 3-year-old daughter, Grace; and the newest addition is 5-month-old Luke.

So this is Nick: Dedicated parent, Area Director, real estate gifting guru, and now real estate investor (he purchased a mobile home park in December 2018). And he’s not finished yet. In fact, he’s already thinking about his next venture – ideas welcome! 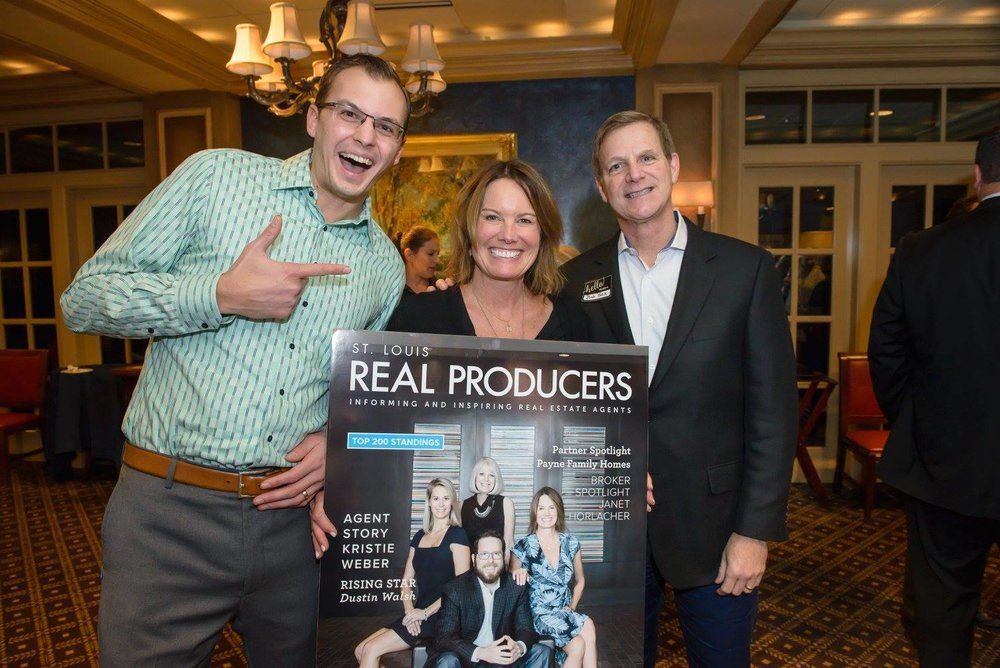 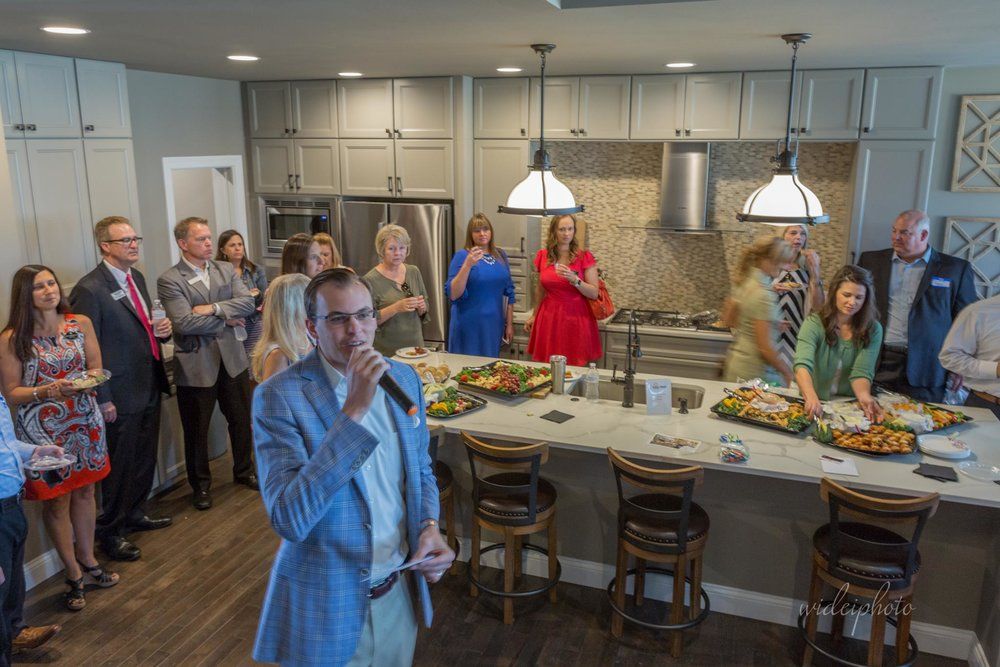 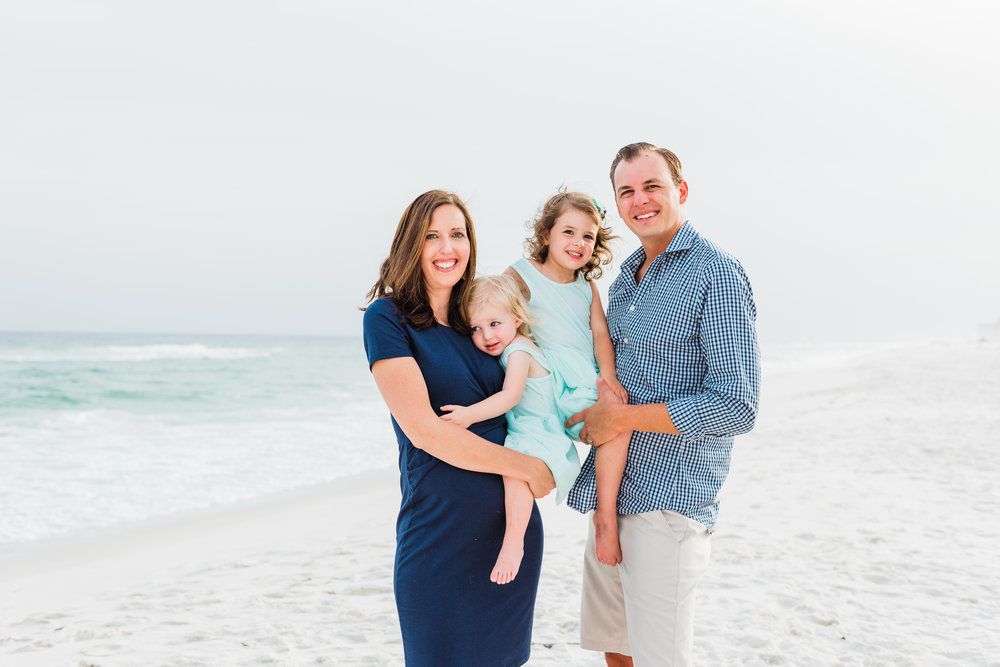