It takes a special kind of determination to do something great in life when your road is littered with obstacles.

This hard-to-find never-give-up mentality is how a semi-pro Snocross athlete from Minnesota with dreams of competing in Aspen at the Winter X Games ended up in Texas with his own real estate publication business.

Snocross consumed Jordan Espeseth’s life from age 3 to 17. He lived and breathed the sport until retiring just before his senior year of high school. Jordan then found himself committing to something else: higher education. But during his seven years of additional schooling, he wasn’t entirely sure what he wanted to come next. He completed half of a bachelor’s degree in nursing, received a bachelor’s in university studies from North Dakota State University, and earned a two-year physical therapy assistant degree at a technical school.

He credits the combination of a solid foundation laid for his publication and clients, timing, and two great leadership conferences he attended toward the end of 2018 for his breakthrough. He made a commitment to start waking up at 5:30am every single day regardless of what was on his agenda. And he hosted a launch party with more than 200 people in attendance – an overwhelming turnout where, for at least a moment, Jordan felt like a superstar. Within a 30-day period, he sold almost $8K in monthly contracts. Breakthrough achieved.

Inevitably, 2020 was a crazy year for everyone. But it didn’t stop the DFW Metroplex from growing like crazy. It continued during 2020 and it has exploded even more in 2021. Like for many others in real estate markets around the country, there’s an inventory problem in DFW. It’s not uncommon to have 10+ offers on a home. Home prices have skyrocketed and people are buying homes site-unseen.

A lot changed for Jordan as well. In 2020, he ran one publication and continues to keep it strong. He then added on two more publications, Tarrant Real Producers (as a co-owner) and Dallas Real Producers in early 2021. He also took on two full-time staff members – not to mention the long list of added responsibilities of running multiple publications.

“We have weekly team meetings and it’s been a fun change compared to being the only full-time person in my business when I started out,” Jordan said. 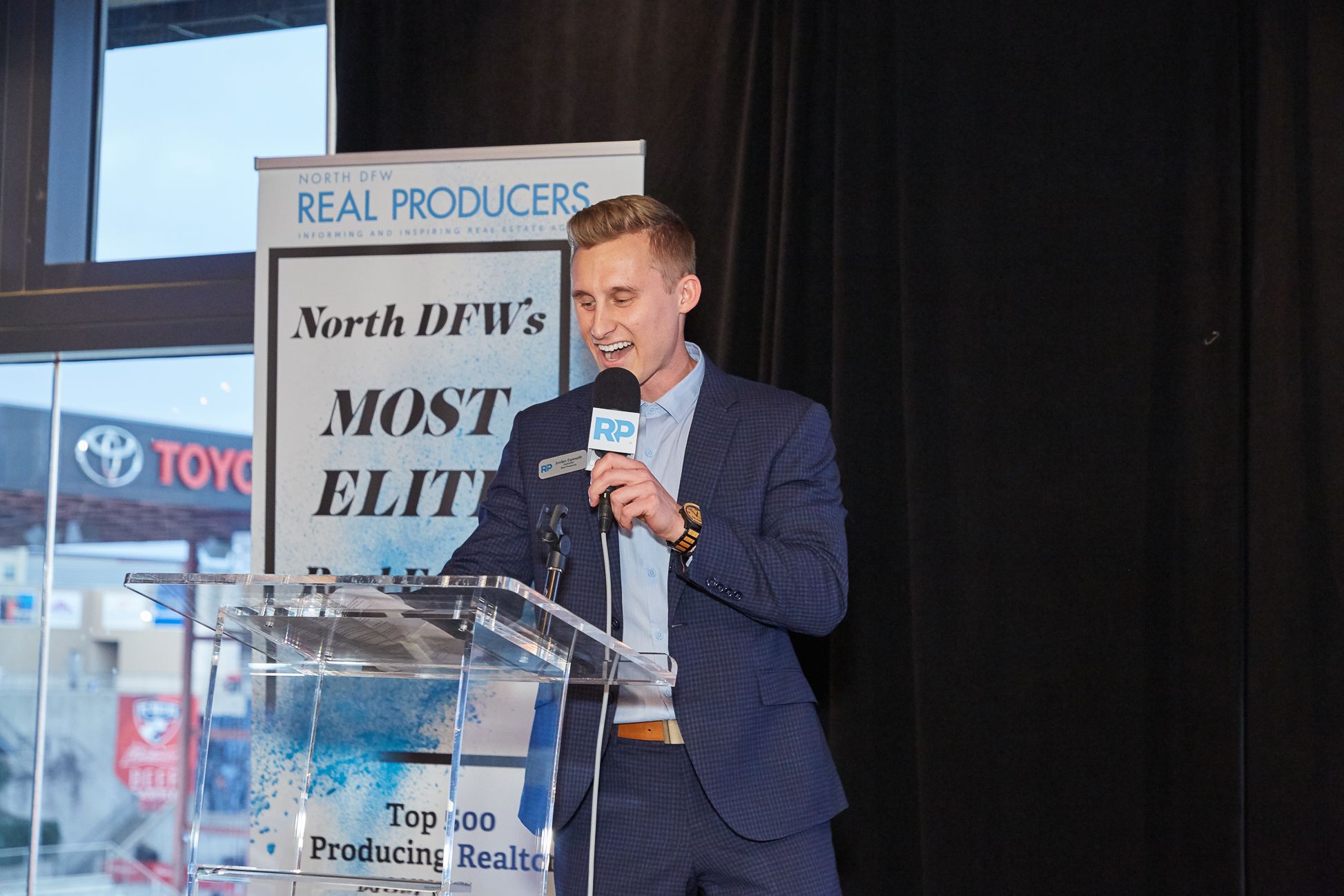 Real Producers is definitely becoming a household name for those in the Dallas real estate industry.

“Our agents and partners continually tell us there is so much value in connecting with other top producers and best businesses in the market.”

Jordan still hosts the typical, larger Real Producers events for which the brand is known. But this year he added smaller soirees every other month called “Magazine Celebration Events,” exclusively for those featured in the previous two issues of his magazines.

Excitedly, Jordan said, “They are a blast. We are also doing a black tie awards gala in November – a combined event for all three publications in DFW. We are calling it ‘The Remmy’s’ in honor of the OG who pioneered the Real Producers product, Remington Ramsey.”

“It’s an honor to have a platform connecting the best-of-the-best in our real estate market,” he continued. “When the right people connect, beautiful things happen not only in their personal and business lives but also the community.

“RP has been the greatest thing that has happened to me in my professional life and I am so incredibly grateful to be blessed with this opportunity.”

Launch a Real Producers In Your Market