Jon now views himself as a focal point of the Fort Wayne real estate scene.

Jon Good, Area Director for Fort Wayne Real Producers, has called Indiana home his entire life. But thanks to a little convincing on the part of Indianapolis Real Producers Area Director Remington Ramsey, his city of residence within the Hoosier State has changed a couple of times in the past decade.

Jon came to Fort Wayne in 2017 by way of Indianapolis. Originally from Goshen, he moved to Indianapolis in 2015 when Remington was working to launch Indy Top Producer, Real Producers’ predecessor. At the time, Remington also was a salesman for Cutco Corp., and he was having difficulty balancing two jobs. He persuaded Jon – also a Cutco salesman – to take over his Cutco closing gift territory in Indianapolis so he could focus on the magazine.

A couple of years later, when the Real Producers concept was beginning to really take off in multiple cities, the Fort Wayne opportunity arose. Thinking Jon would be perfect for the Area Director role, Remington again convinced him to move. “It was a no-brainer for me,” Jon said. “I had kind of watched what had happened with his magazine and saw how it changed the industry, the problem that it solved within real estate.”

Still, launching Fort Wayne Real Producers was no small feat for Jon. The city was unfamiliar territory. He knew no one, and the magazine was a foreign concept to both real estate agents and the businesses trying to reach them. But Jon made it his mission to meet with as many people tied to the industry as he could. His efforts paid off: Fort Wayne Real Producers launched in 2018. And the magazine continues to flourish and grow.

With less than 1,600 licensed REALTORS®, the Fort Wayne market is one of the smaller markets in the Real Producers lineup. Fort Wayne Real Producers is reserved for the city’s top 300 agents – by volume, based on the previous year’s sales. And in the almost five years the magazine’s been around, those elite agents and the businesses that serve them have come to know the publication well – and to love it a lot. “They love reading about each other, knowing the person behind the ‘REALTOR® mask’ a little better,” Jon shared. “It’s just so much easier for business to get done because of the community that we’ve created.”

Outside of the print magazine, Jon’s Real Producers events deserve kudos, too, for creating that community. Those include large social events that encourage top agents and advertiser partners to network with each other. Jon’s advertiser partners, in particular, appreciate the events. After all, half of their struggle is just finding a way to meet face-to-face with top agents. 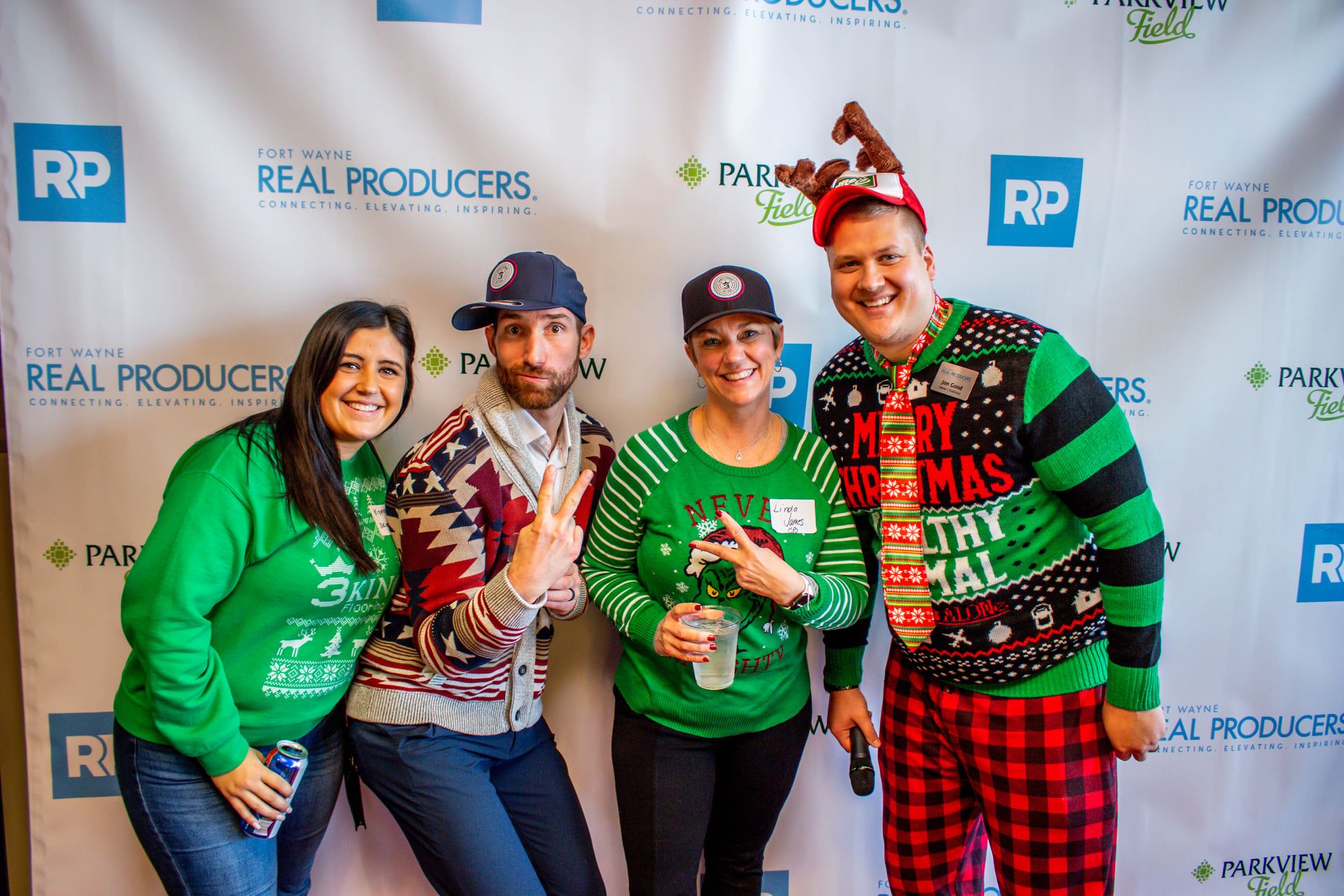 Those events feature top-agent panels and have had a huge positive impact on the local real estate community. “I think the key is that we’re a third party,” Jon pointed out. “We’re not having [a] hidden agenda like trying to recruit them or earn their business. We’re just trying to elevate everybody’s business and become a better industry as a whole.”

When it comes to helping his advertiser partners connect face-to-face with top agents, Jon thinks beyond his Real Producers events, too. He often allows key clients to deliver the magazine to featured agents. It’s just one more way to facilitate a one-on-one connection.

Case in point: One advertising partner, a home inspector who’d been trying to get in front of a particular agent, personally delivered the magazine when that agent was featured. The client and agent hit it off immediately — spending an hour and a half chatting about topics ranging from business to personal interests. “Long story short, now that agent uses that home inspector pretty exclusively,” Jon said. “One easy connection like that just goes such a long way for these partners.” 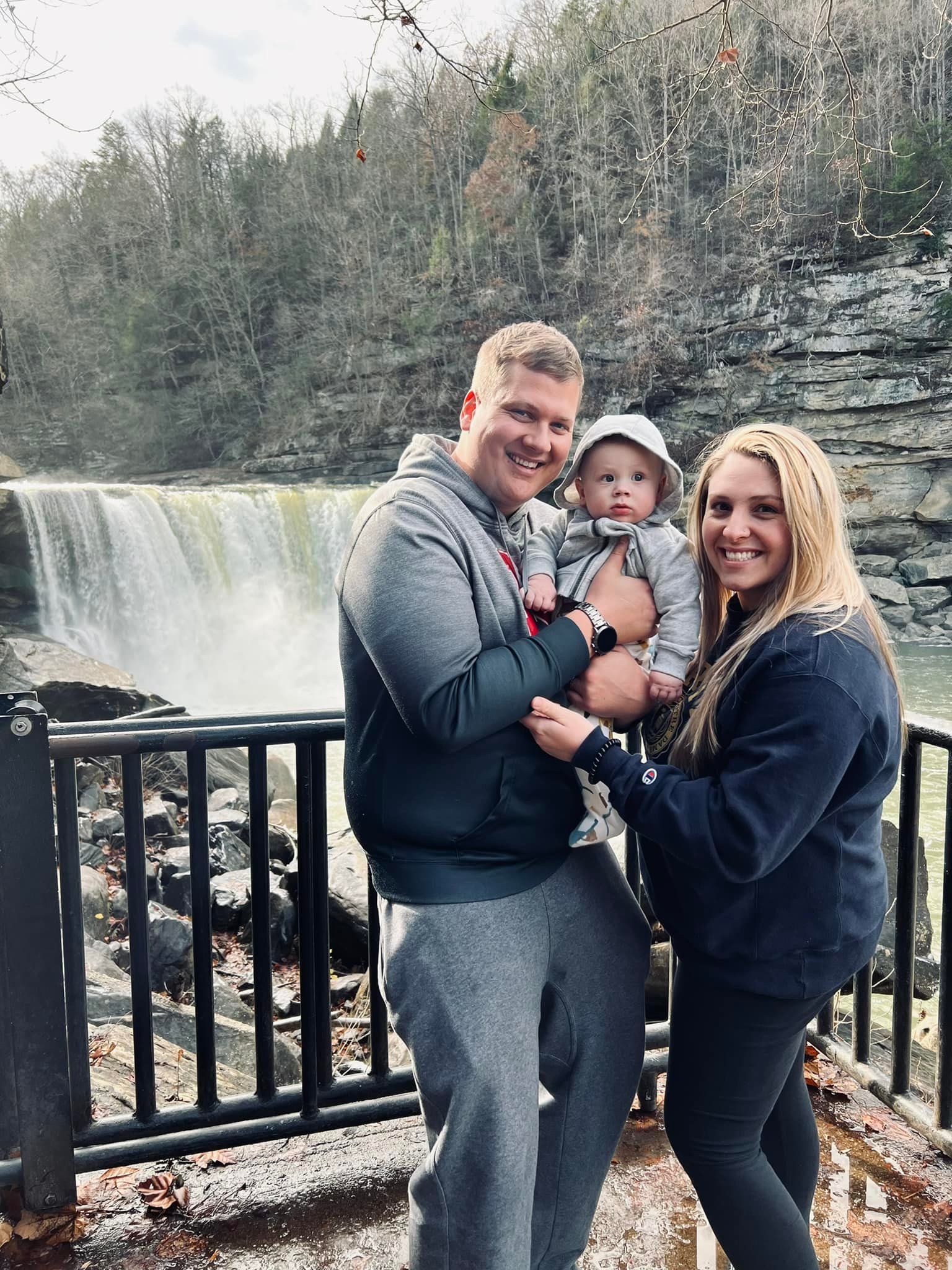 Jon and his wife, Marissa, enjoy some family time with their son, Noah.

A Business Tool – and a Source of Inspiration

The area’s top agents get excited, of course, when they’re featured in the magazine. They can’t wait to share copies of the issue with their families and friends. But many featured agents also leverage such coverage as a tool to win business. “A lot of them use it to send out to past clients and say, ‘Thank you,’ or they send it to listing appointments when they are actually trying to earn business with somebody,” Jon said. “And a lot of times, just being published or featured in something, it gives them that credibility and that validation of their business.”

And the articles themselves can be downright inspiring. Jon recalled one of them, for example, that tells the story of a top agent who’d been homeless about a decade earlier. During that trying time, she and her child took shelter underneath a bridge. She ultimately was able to overcome that difficult situation and build a very successful career.

“I think from her standpoint, she wanted to just be able to share her story and be very vulnerable with people about what it took to become successful and the hard work she put in,” Jon said. “The dedication to make it through that part of her life was pretty special.” 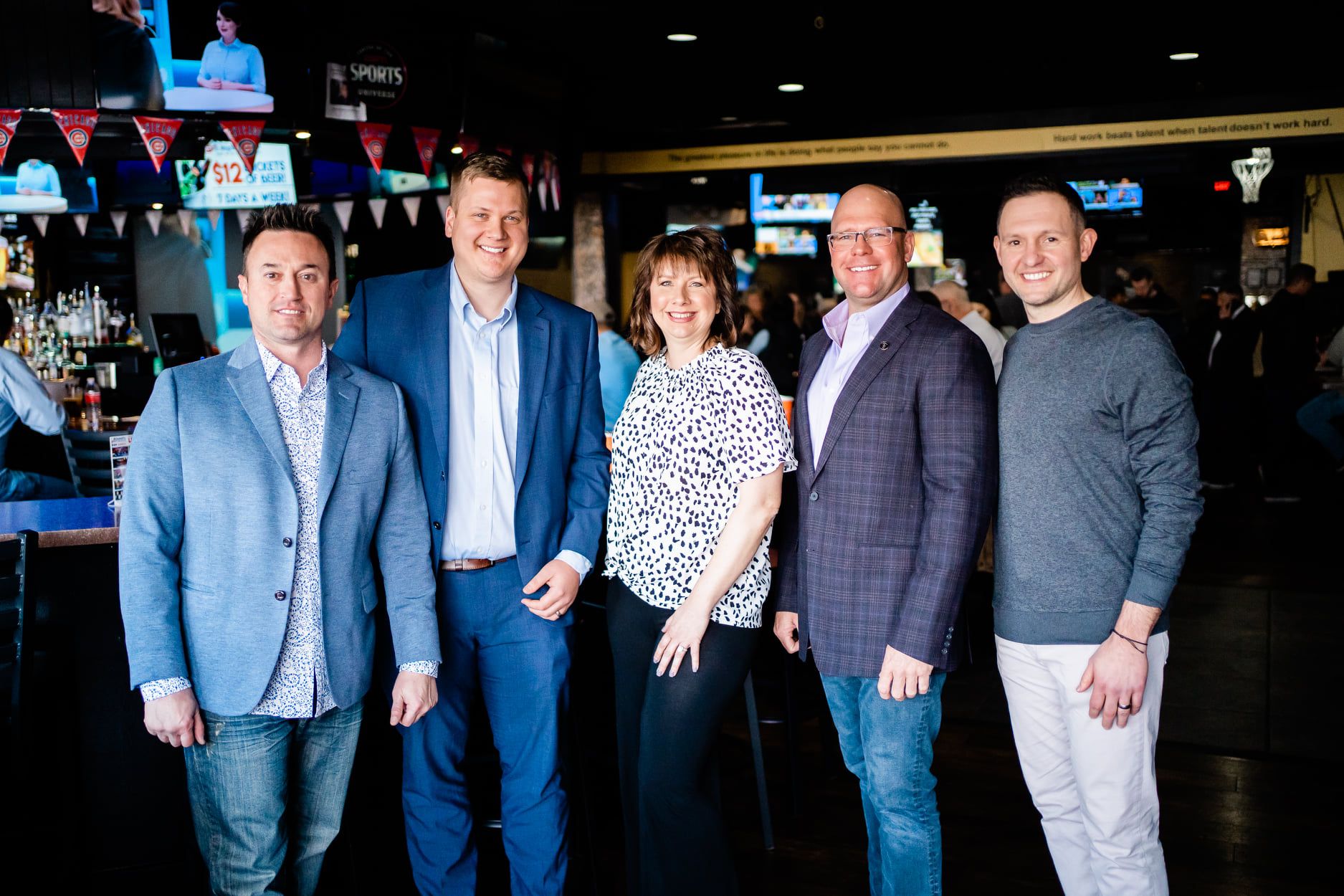 In the almost five years since it launched, Fort Wayne Real Producers certainly has helped to elevate the city’s real estate community. But it’s also brought a level of professional fulfillment to Jon that was lacking in the past. He now views himself as a focal point of the Fort Wayne real estate scene — someone who’s able to bring the industry together and raise the bar on the state of affairs. It beats the heck out of making cold calls to sell closing gifts to agents. “Nowadays, I don’t have a gatekeeper at any office; they respect and love Real Producers,” Jon pointed out. “Coming from that standpoint, it’s really special to be in that place where I feel like I can lead and impact people in a positive way versus just being another salesperson.”

Jon also values the flexibility of the Area Director role. The ability to work at home, when he wants, means he doesn’t have to miss any special moments with his wife, Marissa, and one-and-a-half-year-old son, Noah. It also allows him to continue his role as a youth leader at his church, a gig he loves. A huge Nebraska football fan — his mom hails from the Cornhusker State — Jon always makes sure he’s around to cheer his team on, too (Go Huskers!).