In his own words, Andy Burton took “the slow road” to launching his first Real Producers magazine. In early 2016, his Cutco Corporation colleague, Remington Ramsey, approached him about a Real Producers Area Director opportunity in Chicago, thinking Andy would be perfect for the role. Remington founded Real Producers’ forerunner, Indy Top Producer, and Andy witnessed the success he was having with that magazine. A few other Cutco associates had noticed, too, and had already followed Remington’s lead to launch their own Real Producers publications.

After hemming and hawing for months, Andy decided to check out the opportunity. He went through N2 training in September 2016. Post-training, however, Andy dragged his feet. He put zero effort into the ramp-up process. “Remington then kind of had this ‘come to Jesus’ moment with me,” Andy said. “He’s like ‘Hey, if you’re not going to do this, we’re going to get somebody else to do Chicago.’”

It was just the push Andy needed. He’d finish the year at Cutco on a high note, he told Remington, then hit the ground running after ringing in the New Year. “I kept thinking to myself that there’s not going to be a downside to owning a real estate magazine in the city of Chicago,” Andy said.

Although Andy did start ramp-up in February of 2017, things didn’t happen as quickly as he hoped. Ramp-up took eight months, in fact, with Chicago Real Producers officially launching in October of 2017.

Making Believers Out of Agents

But the launch marked the end of the slow road for Andy. He merged onto the freeway, entered the fast lane, and hit the accelerator. And Chicago Real Producers took off. 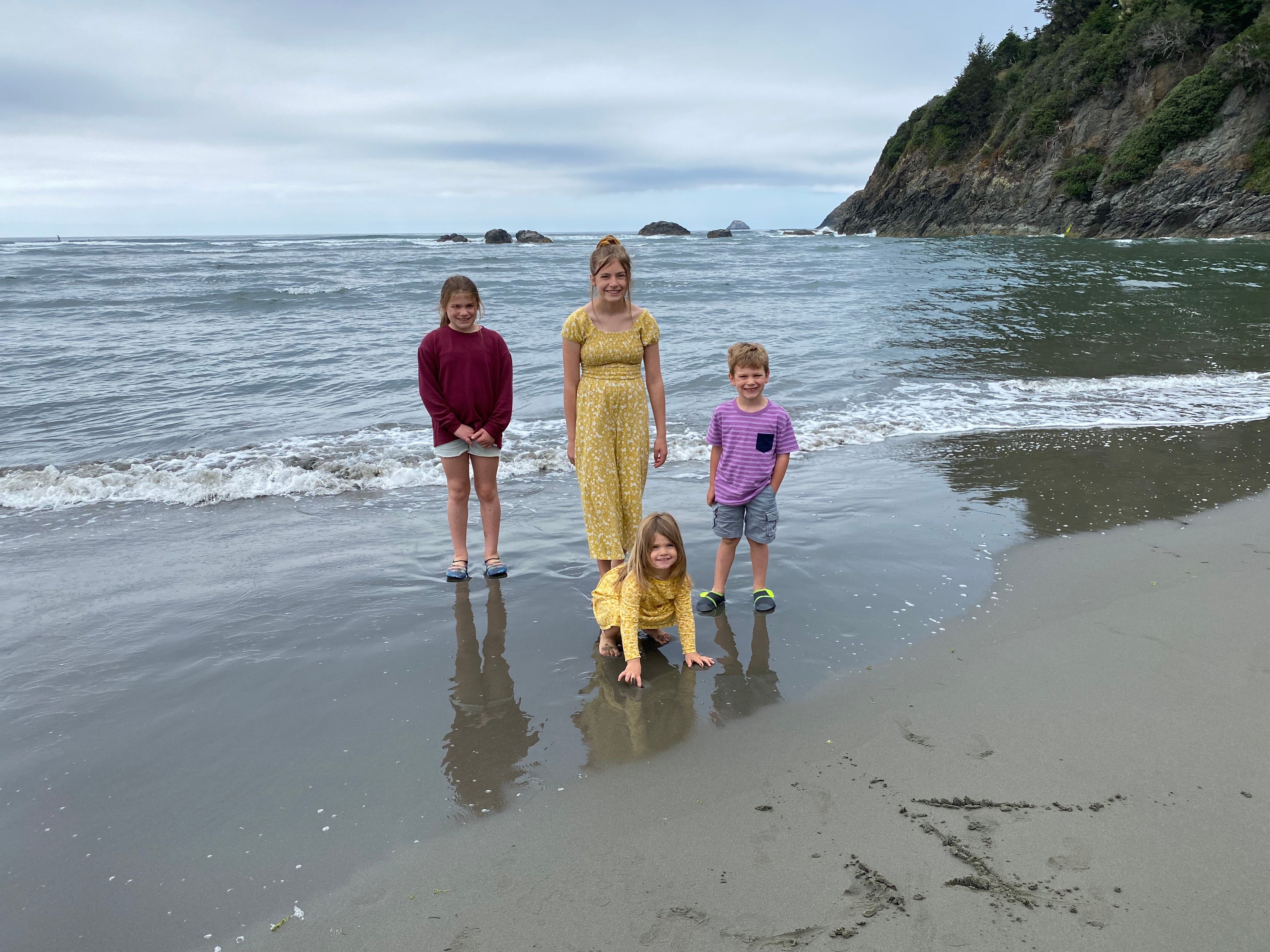 Andy and Emily’s kids posed for a picture during a recent vacation to Northern California.jpg. Pictured, left to right, are Anya (10), Aubrey (13), Aslani (3, in front), and Ellis (5).

Andy did encounter some speed bumps along the way. One of them? He had to convince some of Chicago’s top real estate agents and rising stars that Chicago Real Producers was the “real deal.”

Accustomed to other real estate magazines’ “pay-to-play model,” they were skeptical at first. But the agents soon learned that Chicago Real Producers was nothing like those publications. Being featured in the magazine quickly became a badge of honor. “The name ‘Real Producers,’ the branding is very intentional,” Andy pointed out. “It gives them that recognition and kind of another feather in their cap.”

Many of the top agents featured in the magazine have leveraged their time in the spotlight to attract new business, too. One agent who made the cover of an issue even brought a copy of that issue to an open house, Andy recalled, placing it strategically on the kitchen island. “A prospect walked in, looked at the publication, looked at the REALTOR®, and the prospect’s like, ‘Hey, that’s you,’” he shared. “And the REALTOR® said nonchalantly, ‘Yeah, I was actually nominated for this; I didn’t pay to be in it.’ That holds so much more weight.”

As for Andy’s advertising partners, they didn’t need much convincing. They know from experience that the top agents are almost impossible to reach and appreciate how the Real Producers platform helps them make those connections. The magazine’s networking events, meanwhile, are icing on the cake. “They come in with the lens of, ‘Hey, if I can connect with one or two agents and develop a long-term relationship, it pays for the ad fivefold or tenfold.’”

One advertising partner who works for a mortgage company told Andy he’d been trying to get in front of a certain real estate agent for several years. He finally met that agent at one of Andy’s Real Producers events. “And that just kicked off the relationship,” Andy said. “He told me, ‘Once I got in front of them in an organic relational fashion and not like I’m-trying-to-hound-you-for-business fashion, it changed the perception of what we do.’” 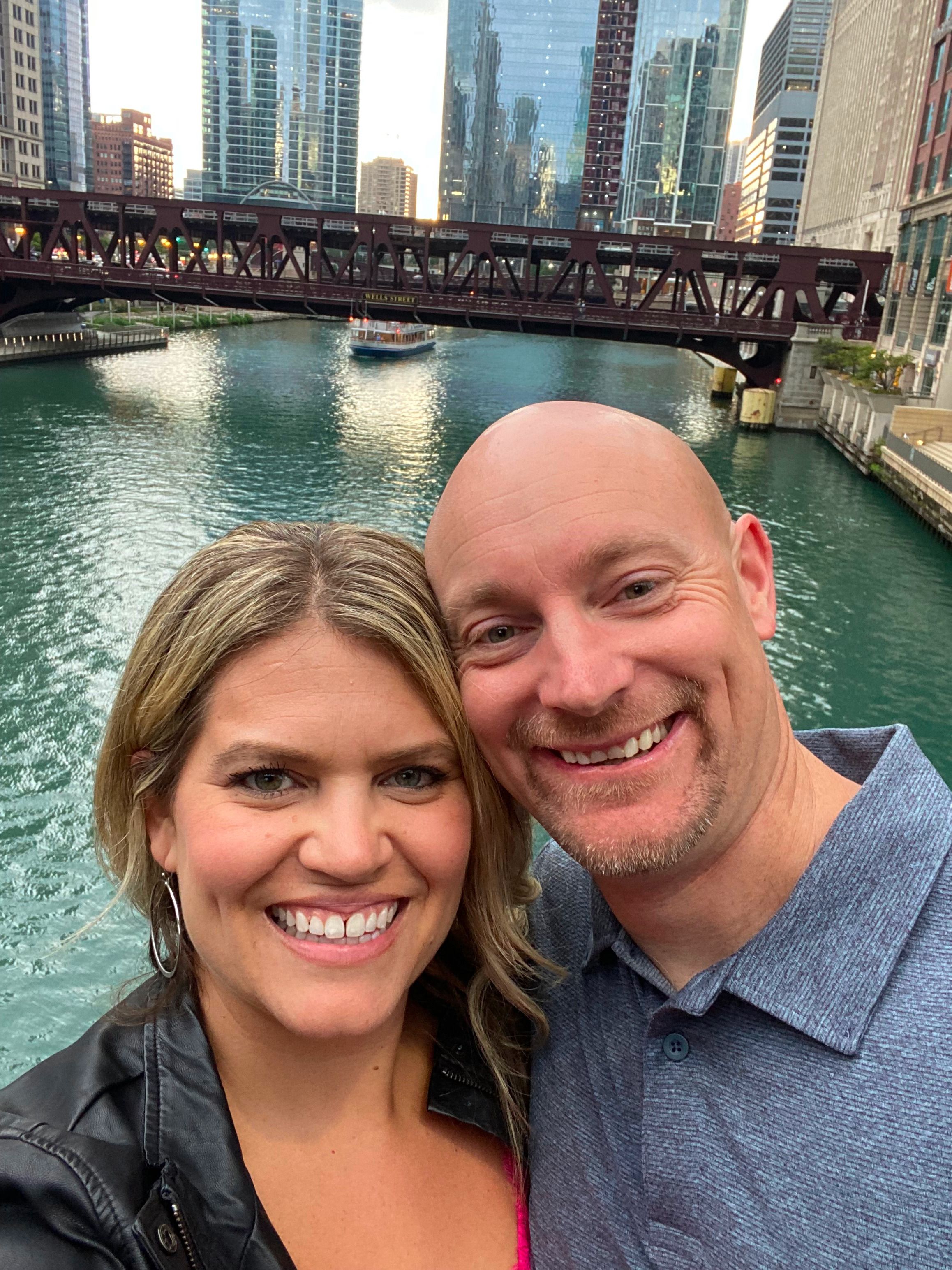 Andy and Emily celebrated their 17th wedding anniversary in 2022.

Because Andy’s advertising prospects typically are referrals from featured top agents, they also tend to be the cream of the crop among the Chicago service-provider universe. You might call it a match made in heaven: The best agents end up networking with the best service providers.

Still Riding in the Fast Lane

In the five years since it launched, Chicago Real Producers has more than earned its stripes among Chicago’s elite agents and service providers. And as the magazine’s Area Director, Andy is now one of the Windy City’s influencers, because he brings those movers and shakers together.

What’s more, Andy’s influence via the Real Producers brand now extends beyond the city of Chicago. In early 2021, he bought out DuPage Real Producers, which goes to the top agents and rising stars in DuPage County, Ill., one of the Chicago metropolitan area’s collar counties. And in January of 2022, he did the same thing with North Shore Real Producers. That magazine is written for the elite agents doing business in the affluent north Chicago suburbs bordering the shore of Lake Michigan.

In both cases, the previous Area Director had launched the magazine right before the start of the Covid-19 pandemic. When the pandemic hit, it forced both Area Directors to cancel their inaugural events. It was a tough way to start, and they told Andy their hearts were no longer in it.

Andy came close to saying no to both opportunities. After all, he and his wife, Emily – who’s also his Real Producers partner – were raising four young children. Chicago Real Producers was super-successful and still growing. In his own words, Andy had “a lot on the plate.”

But Andy and Emily prayed about each of the opportunities and ultimately said yes to both. After all, the heavy lifting – ramp-up – had already been done. One of the magazines was very healthy, and the other had plenty of room to grow. Andy quickly won the business of new advertisers. “It’s obviously been a big blessing, because I don’t think I would have had the bandwidth to launch them myself,” Andy said.

A Matter of Teamwork

Thankfully, Andy’s Real Producers team helps address any bandwidth issues tied to running three magazines. Emily is kind of a jack-of-all-trades, handling most of the finances, working with the Design team and Writers, editing copy, and performing other crucial tasks.

Andy’s other key team member is Melissa, who supports overall operations. Initially hired to be a part-time employee, she transitioned to full-time when Andy added the other two magazines. In lieu of a salary, she gets a “percentage of the pot.” Andy prefers it that way, too. “I like that structure because she’s very incentivized to keep me from doing ops and scheduling photo shoots and just moving pieces around to keep me on sales-driven activity,” he said. 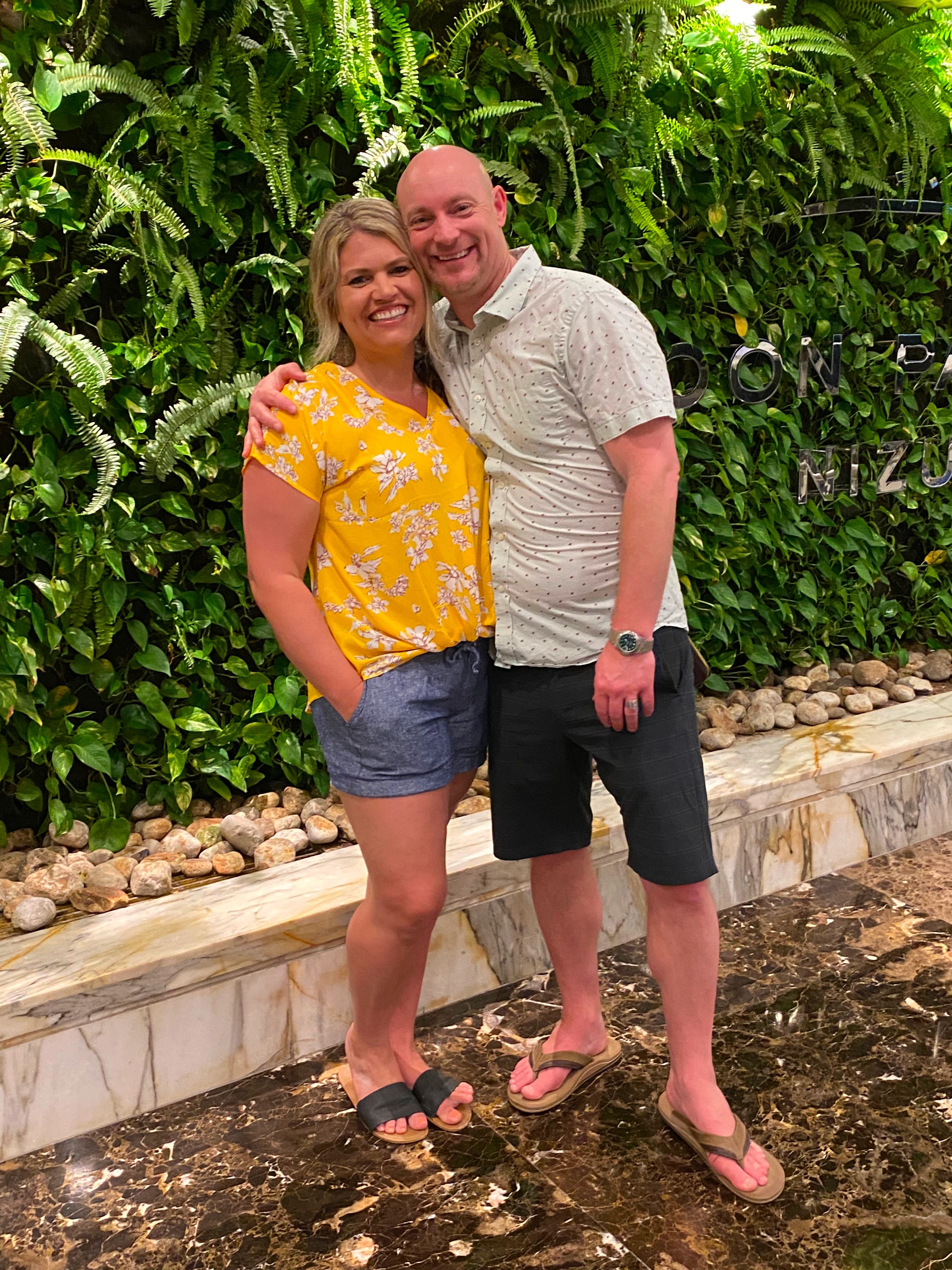 When Andy’s not focused on existing and potential clients, he’s likely to be talking with top agents, scoping out venues for future Real Producers events, or spending time with his family. Andy does find time to detour from the fast lane, though. “I like to unwind, watch Netflix, turn my brain off,” he said. “I’ll play low-limit poker just to kind of check out for a few hours. I jog – I will say that very intentionally. I don’t run.”

She Has the Best Real Estate Gig in Wichita